Another Day, Another Chance to Get it Right

On the wall facing the front door of the middle school I attended a long, long time ago, there was a saying, in big, bold letters, that caught my eye every morning as I walked into the building.

Another day, another chance.

I saw it.  I read it.  And I absorbed it.  Not on purpose, mind you, but just because it was there.

A lifetime later, that quote popped, unprompted, into my head at opportune times. Often ironically, as I walked into the deserted early morning hallways of the middle school where I taught.

Throughout my teaching career, I always had that quote posted somewhere in my room.  On the door, above a window, under the whiteboard.  It depended on the year and the room.  It was a silent ode to my own middle school years. It was a hope that one of my students would unconsciously assimilate it into their own internal lexicon the way I had.  And it was, primarily, a reminder to not allow myself to get discouraged.

I recently had the privilege of communicating with a former student who shared that she had just completed her first day as a teacher.  After congratulating her, I told her to be patient with herself, saying that teaching is the best career there is…but also the hardest!

And sometimes we don’t.

But it isn’t okay to give up.  And it isn’t okay to wallow in our defeat. (I’ll give you the drive home, but then you’re done!)  Feel bad, forgive yourself and then move on, knowing that tomorrow will present you with a clean slate and a chance to make it better. Tomorrow will be another day and another chance to get it right. 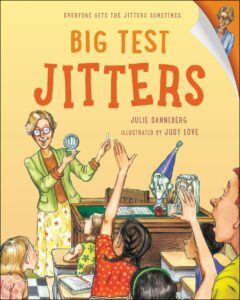